LCD VS OLED: WHICH ONE IS BETTER FOR YOU

Recently full-screen smartphones have become the mainstream in the smartphone industry. The world's most popular phone vendors are increasing the screen-to-body ratio of mobile phones, hoping to hide more components under the screen, such as screen fingerprints, under-screen cameras, etc.

However, if the original OLED is replaced beyond the warranty period of the mobile phone screen, the iPhone X and iPhone XS will cost US$549. The high cost is not something that every consumer is willing to accept. Now LCD screens and OLED screens are the most common replacement screens for mobile phone.

How should we choose? 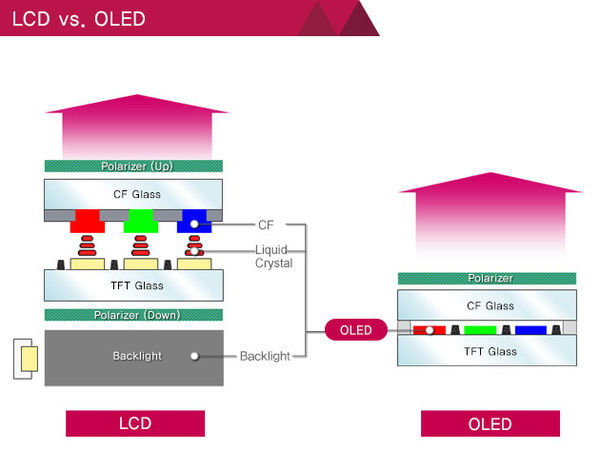 The full name of LCD is Liquid Crystal Display. It is based on the white light passing through the color filter to create various colors. When the white light passing through, the basic colors red, green and blue are formed, and the transmittance of every pixel is controlled by current, thereby the color of pixel is controlled.

The full name of OLED is Organic Light-Emitting Diode. OLED refers to a technology in which organic semiconductor materials and light-emitting materials achieve light emission and display under the drive of electric current.

The difference with LCD is that OLED is self-luminous without considering the problem of light source. While each pixel emits light independently, it can also allocate three colors of red, green, and blue. The most important thing is that it does not require a separate backlight and liquid crystal layer like traditional liquid crystal display technology.

Why we think the OLED screen is better than the LCD screen?

Because the LCD screen has a backlight layer, it emits light by refracting light, the color saturation is not so high, and the effect is more natural. Correspondingly, the LCD screen is more eye-caring, so users are not easy to be tired after long-term viewing.

The LCD screen uses backlight and LCD to control the color of the screen. If you observe an ordinary screen from an oblique angle, it is easy to find that there is obvious graying, while the OLED screen is fully laminated, and you can see the complete color from any angle. It can be said that there are no obvious dead angles.

An OLED display works without a backlight because it emits visible light. In low ambient light conditions (such as a dark room), an OLED screen can achieve a higher contrast ratio than an LCD, regardless of whether the LCD uses cold cathode fluorescent lamps or an LED backlight.

Therefore, the screen effect of OLED is more vivid and full than that of LCD. Just from the point of view of image quality, OLED is better in the color rendering, contrast and the color gamut. When the color level is similar, contrast will become a decisive factor.

The LCD screen cannot completely emit black light by blocking out the white color, so more or less light leakage will occur, and the LCD screen will be relatively thicker.

However, the OLED screen uses semiconductor materials that organic membranes, which is even thinner than printing paper. The OLED screen not only exhibits super flexibility, but also avoids "light leakage" problem.

But no matter what color the LCD displays, the backlight is fully turned on, so it consumes more power.

The color of the picture is displayed by the pixels, and it takes time to change the color of the pixels. This time is called the GtG（GtG means how long it takes for the pixel to go from one gray level to the next）. If the GtG is too long, ghosting and smearing will occur on the screens. Compared with LCD screen, OLED screen is controlled by direct current. Without the backlight and liquid crystal layer, its color generation speed is faster and no delay. 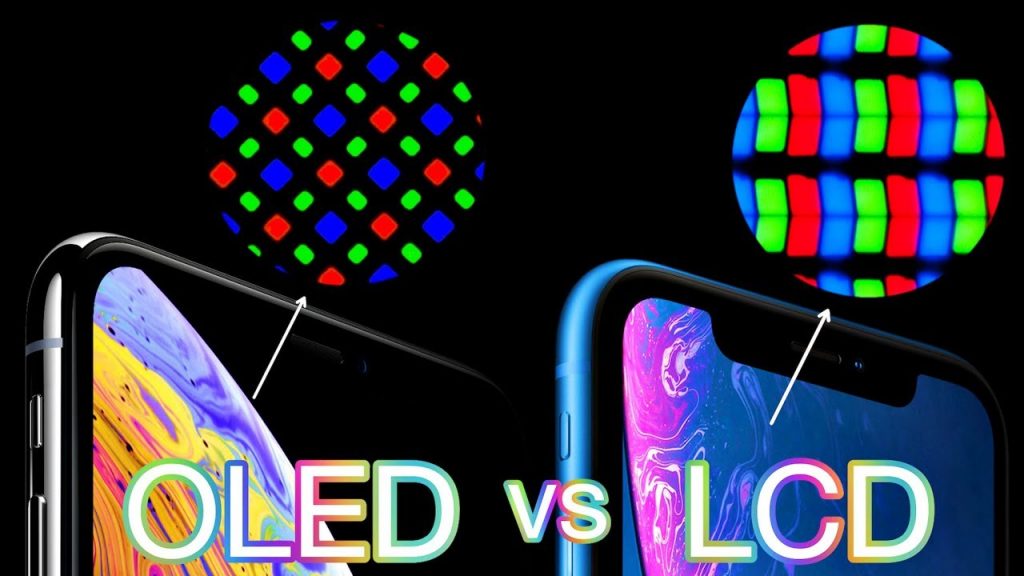 Whether the screen is good or bad is actually a very subjective question, and it cannot be fully reflected in the parameters. The LCD screen is more stable, low-cost, and eye-caring, etc. However, the OLED screen has limitless potential, and OLEDs inherently possesses new features unmatched by LCDs. It has higher luminous efficiency, lower energy consumption, and does better in terms of contrast, response time and shock resistance. Choose according to your own preferences.